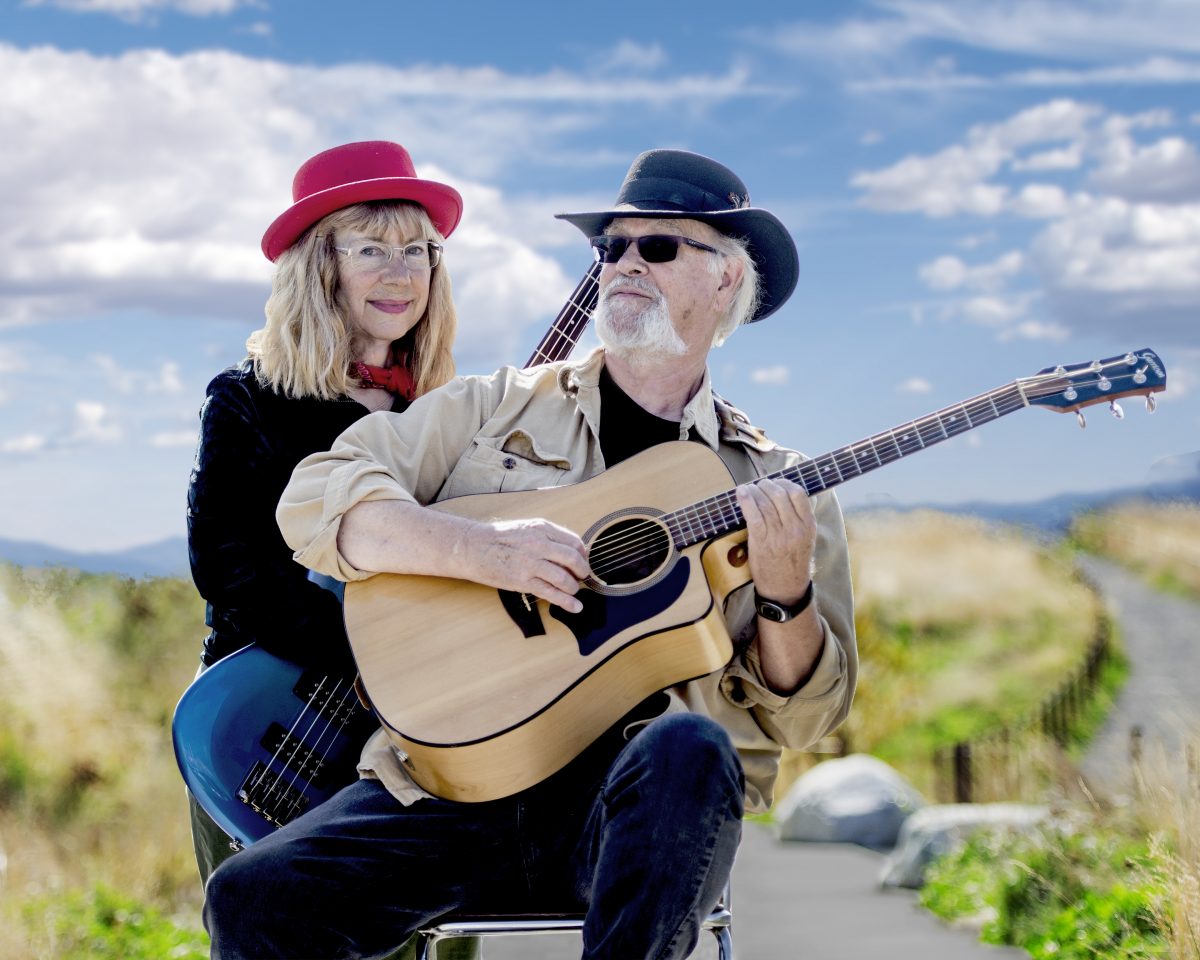 Icebird Record Company – buy any of our 16 titles with Paypal

Steve and Kristi Nebel bring passion, finesse, and beauty with their songs of social justice, knife edge observations, and pure, simple love.  They have traveled extensively having done nine tours in UK folk clubs and festivals.  They have recorded more than ten CDs, mostly of their own songs.  Kristi’s solo CD, for which she was nominated “western swing female performer of the year” in 2014 is a combination of western swing and Steve’s Americana songs.  The Nebels’ style is informed by a wealth of experience playing their instruments and lending their voices to the other for a blend that exceeds the sum of their two parts.

“Windows” may be the best sounding recording the Nebel’s have ever produced.  We really worked hard on getting this one “right”.  There is a little of something for everyone on this CD.

“From the arid agricultural regions of California to reminiscences of a DJ in the UK; a night drinking with a friend; what the Vietnam war has left some of us; and what is to come as the lights of life flicker, this collection of songs moves me and takes me back.  It also pushes me forward.  With any luck it will do the same for you.  Thank you Kristi for your voice, and your love that has come so far with me.” – Steve

“I sing some of Steve’s songs in part to heal myself from what-ever has been eating at me at the time.  In addition to the joys some of these songs give me, they have been, on our long journey together, indispensable to the navigation of my soul through life’s twists and turns.”  – Kristi

“Raven Speaks”, the Nebel’s 2010 production was chosen to be among the top ten albums of the year by Bob Sherman, host of the award-winning show “Woody’s Children” broadcast on WFUV, New York.

“Angels of the Road’ has held me captive since I first heard it. . . the intensity of this song sung live puts it over the top.  “It’s only faith, something that you know. When the world has given up on you there’s a place where you can go…”  Kristi’s beautiful voice is powerful on this haunting poem.”  J.W. McClure, Victory Review

In the UK they played Fylde Folk Festival twice, Baafest twice, the Moor and Coast Festival in Whitby, Captain Cook Festival in Middlesborough and more.  This excellent duo also play local Washington state music festivals; for instance they have played Applesqueeze Festival in Steilacoom for 5 years now. They sometimes work with a third musician as the Americana trio, Cosmo’s Dream with which they have toured to the Midwest, and in the UK or locally they perform as a 4 piece country band, “Cowgirl’s Dream”.  They currently reside in Tacoma, WA.

“there’s something in each of you that has the ability to connect beyond the words and music. You are a gift…that I am so grateful to receive.”  —  Linda Frank

“It’s easy to get caught up and lose touch with the source, the heart and soul place where music comes from.

You touched my heart.  I haven’t felt like that in a while.”  —  Roy Douglas

We add our voices to the healing power of music, raise our words against injustice,

then set the toes a-tappin’.  So, here we are in celebration and offer this to you.  Enjoy

“I think some of the songs are really quite extraordinary . . . —  Bob Sherman, “Woody’s Children” WFUV, New York.  The album was picked to be among the top ten of the year by Sherman for his award-winning show.